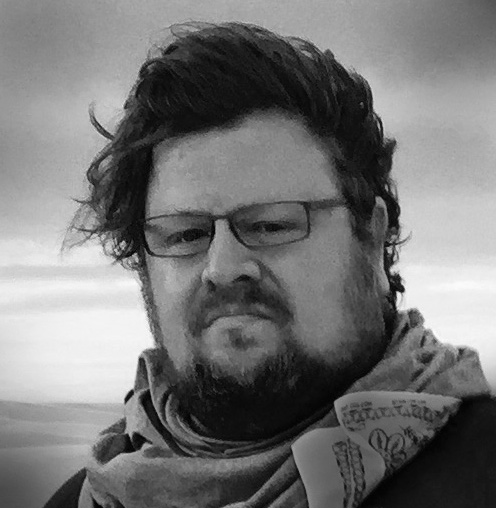 Dan Lanigan is passionate about the preservation of cinematic antiquities. He has been collecting authentic film/television props, costumes, and set pieces for over two decades and has amassed what some regard as the most impressive collection this side of the International Date Line, while others consider this description to be too time-zone dependent. Regardless of hemispheric hyperbole, there can be no doubt that Dan’s relentless crusade to unearth screen-used items that truly belong in a museum, starting with his, has helped him expose common forgeries and gain a rare “cine-archeological” knowledge sought after by many a collector and at least one leather-clad henchman with a penchant for folding coat hangers.

It became readily apparent that the young cinephile needed a title befitting his standing amidst the prop rabble. His attendants and aficionados offered many suggestions and after weeks of debate arrived to many conclusions. “Prop Sovereign” was discarded for legal reasons. “Prop Pontiff,” although briefly considered, generated considerable consternation regarding the inevitable infallibility of prop pontification. “Prop King” was dismissed for not pompous enough (plus it was already taken). “Prop Dictator” was considered too cheerful. In the end, Dan’s love of Henry Jones Jr. led him to adopt the moniker that has remained with him throughout these years and shall no doubt resonate through the centuries. He is…the Raider of the Lost Props!

On a personal note, he wishes to communicate that his one regret is that, because of his enormous respect for the delicate nature of these cinematic relics and his appreciation of gravity, he can’t simply stretch out over his mighty horde of props like a Tolkien dragon. However, do not let this fact lead you to believe that his treasures are any less protected by his fiery wrath and fearsome countenance. Diminutive invisible burglars, you have been warned.